John Cleere joined the Sheriff’s Office in 1986 as a Dispatcher and Corrections Officer. He started as a Uniform Deputy Sheriff in 1991 and worked the Road Patrol until 1996 when he was promoted to Investigator in the Criminal Investigation Division.

In 2013 Cleere attended and graduated from the National F.B.I. Academy in Quantico. In 2014 he was appointed Chief Deputy where he oversaw the operation of the Road Patrol and C.I.D.

On January 1, 2016 Cleere joined Sheriff Luce as his Undersheriff. 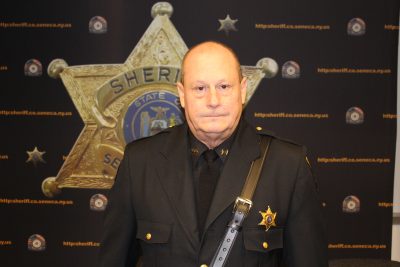