May 16, 2019, at about 10:40pm, Seneca County Sheriff’s Investigators arrested Elisia M. Panipinto, age 20, of 3450 West Covert Road, Interlaken, New York, on charges of Official Misconduct and Endangering the Welfare of a Child. The charges stem from an investigation of an alleged inappropriate relationship between Panipinto and a child in the eighth grade of the South Seneca Central School District. At the time of the alleged incident, Panipinto was employed as an Interlaken Village Police Officer serving duties as a School Resource Officer for the South Seneca Central School District. Based upon the investigation, Sheriff’s Investigators allege that Panipinto used her official capacity as a police officer to gain access to the child while at school and cultivated a physical, romantic relationship. There is no evidence of sexual conduct at this time or any indication of further victims.

The investigation was commenced after  a complaint was lodged by the Interlaken Police Department and the South Seneca Central School District.

Panipinto was arraigned in the Seneca County Centralized Arraignment Court and remanded to the Seneca County Correctional Facility on $250 cash bail/$500 secured bond. Panipinto is to reappear in the Ovid Town Court at a later date. A Class A Order of Protection was issued on behalf of the victim.

The investigation is continuing and multiple interviews are still pending. If anyone has any information related to this case, they are encouraged to contact the Criminal Investigation Division at (315) 220-3240. 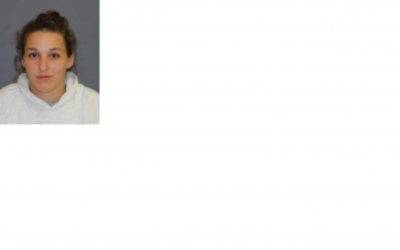